We are rabbis and synagogues from around the state of California who strongly oppose Proposition 20. We decry the disproportionate impact that tough on crime policies have had on poor people and on communities of color. As Jews and as faith leaders, we see everyone created b’tzelem Elohim, “in God’s image” (Gen. 1:27), each and every human being afforded the opportunity for teshuvah, “return to the right path.” We insist on mishpat echad yiyeh lachem, “there shall be one law for you and the sojourner” (Lev. 24:22) which is understood by the rabbis of our tradition as “one law which is equal for all of you (Babylonian Talmud, Baba Kama 83b). During this time in the Jewish calendar, the High Holy Day season, we focus on healing and restoration, and believe that criminal justice without these components is injustice.

With the passage of recent reforms such as AB 109, and Propositions 47 and 57, many of our neighbors have been afforded the chance to better themselves, to find meaning in their lives, and to work towards redemption. Unlike overreliance on punishment, data shows that these reforms reduce recidivism and create safer communities. Indeed, it is clear that justice without mercy and compassion leads to failure. As the prophet Zechariah reminds us: “Administer true justice; show mercy and compassion to one another.” (Zech. 7:10)

Proponents of Proposition 20 would have you believe that criminal justice reform has led to an increase in crime so that we should incarcerate more people. This is not the case as crime is at an all-time low. They also contend that violent criminals are being set free. That is also a false narrative. The reforms Proposition 20 is trying to roll back are efforts to get at the root of criminal behavior by offering mental health and drug treatment programs, as well as education rather than locking people up.

While there is dispute about whether punitive incarceration is permitted in Jewish law, all authorities agree that the conditions of incarceration must be humane, and such that those who are incarcerated can better their lives and reintegrate into society as productive human beings.  In the Bible, the closest thing to a penal colony was the City of Refuge where a person who had unintentionally killed someone could go (Exodus 20:12–14). The 12th century Spanish rabbi, Maimonides, provides us with details on the requirements for such an environment. These Cities of Refuge needed to be built near towns with water and fresh food, and the guilty party’s teacher needed to be there with him. Clearly, the laws of our tradition wanted to ensure the well-being, both physical and spiritual, of the offending party. Though Judaism holds people accountable for their actions, “[t]he Sages took tremendous care to value the dignity of the criminal and, thus, rejected punishment for its own sake” says Rabbi Shmuly Yanklowitz.

Our prophetic movement is committed to safety, justice and dignity for all. Today, the need for meaningful criminal justice reform is more urgent than ever. We must protect the gains of recent years and continue to find ways to do even better.  In keeping with our faith tradition, we will continue to raise these issues of justice within our congregations. We hope that you will join us in ensuring that our beloved California upholds the justice that everyone deserves. We urge you to vote in favor of smart justice reforms that actually keep our communities healthy and thriving. Please vote against Prop 20 or California will return to the era of overcrowded prisons and failed tough on crime policies!

"I believe that unarmed truth and unconditional love will have the final word in reality," Dr. Martin Luther King 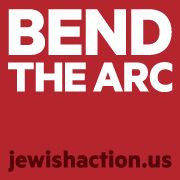